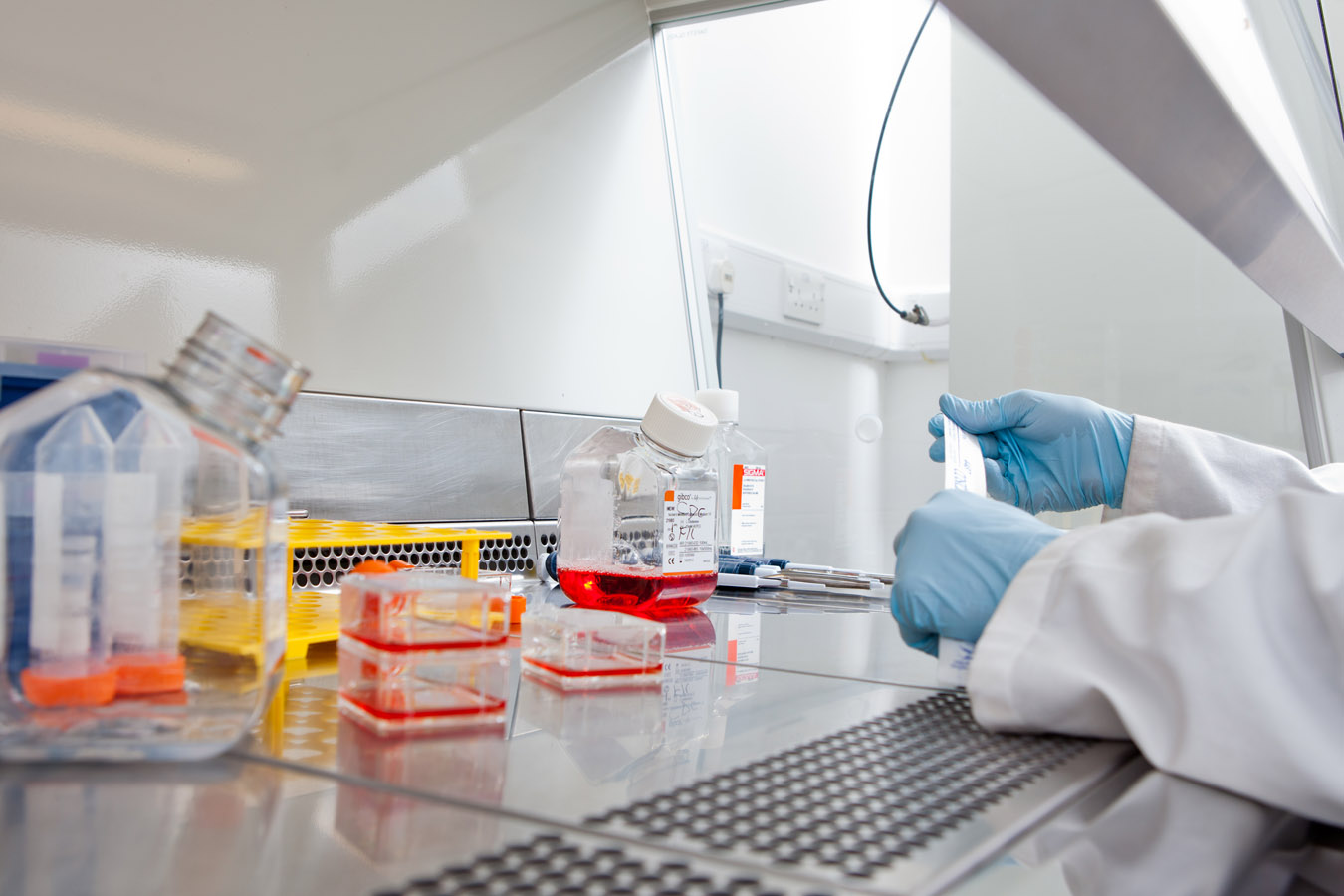 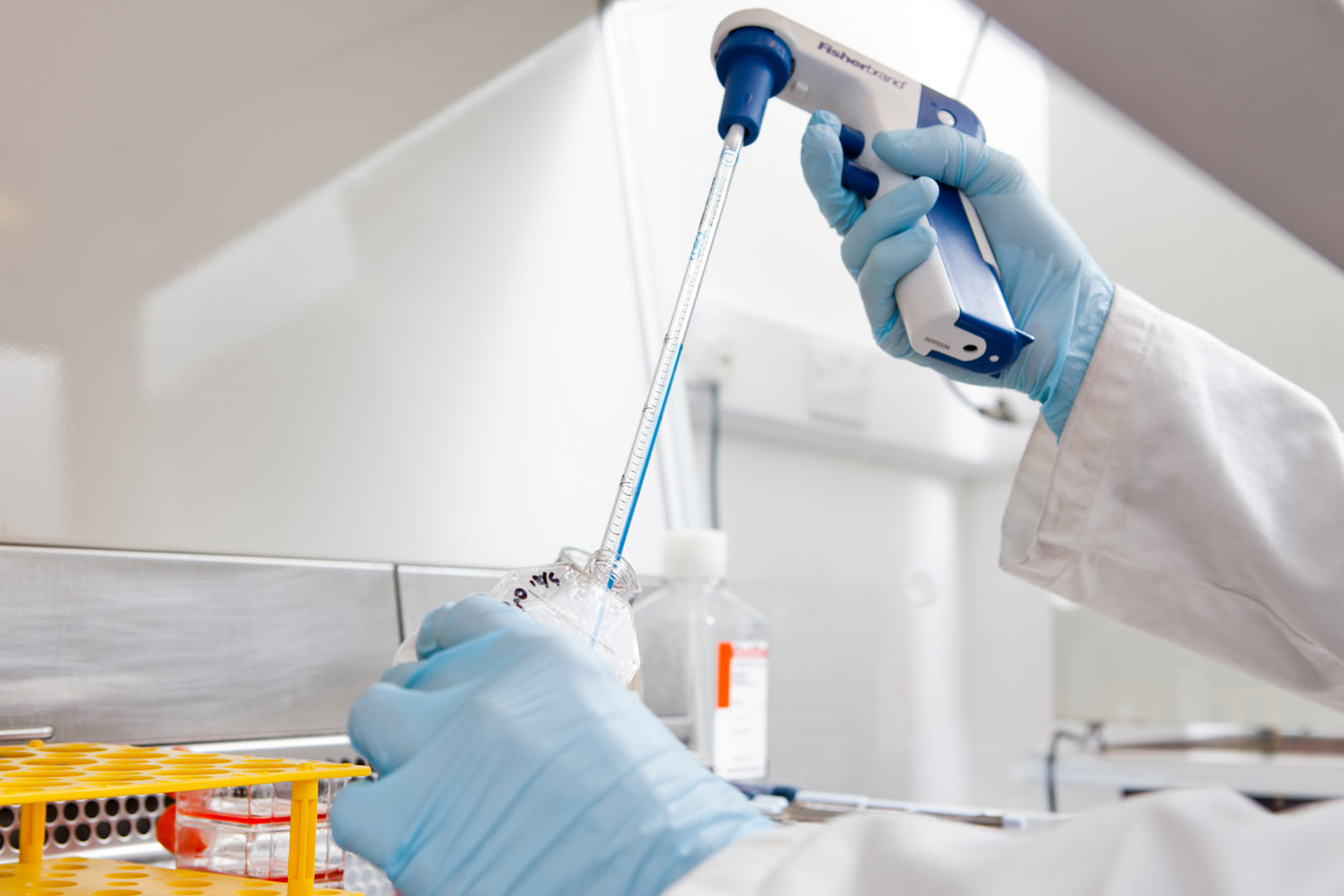 TheSociety was founded in 1973 and was initially called the Cardiac MuscleResearch Group. David Hearse (working in London with Professor Sir Ernst Chain in the Department of Biochemistry at theImperial College of Science and Technology) and Keith Gibson (working withPeter Harris at the Cardiothoracic Institute in Beaumont Street) were lamenting the lack of a forum in which to discuss current issues in basic cardiovascular research. At that time, the British Cardiac Society did not admit basic scientists and they felt that Britain needed a forum in which researchers could discuss and present their results.
They formed an initial committee with PeterHarris as the first Chairman and organised a small symposium of two sessions inDecember of 1973. The meeting was very well attended with over 60 delegates.The second meeting (2 April 1974) took place in Birmingham on ‘The differences between skeletal and cardiac muscle’, and the third (18 November 1974), was held at Imperial College in London discussed ‘Acute myocardial ischaemia’, In 1987 it was proposed that the name be changed to the BSCR, with the inclusion of ‘vascular’ in the name to extend the remit of the membership.
The BSCR became a charity in 1992. This allowed the introduction of a travel bursary scheme to subsidise research students attending meetings which is still very popular with younger members. The BSCR continues with its main aim being to provide a forum for scientists to discuss their research and, in particular, to provide a platform for students and early post-docs to present their work. To facilitate this, the society continues to organise two main meetings a year. The Spring Meeting forms part of the annual conference of the British Cardiovascular Society (as the British Cardiac Society now is) and is organised with the British Atherosclerosis Society to provide the basic science wing of that conference.

The Autumn Meeting is more of a themed meeting and includes a session dedicated to the Bernard and Joan Marshall Awards which allows the BSCR to showcase some of the best young investigators in the society and to invite leaders in the field to give inspirational presentations of their work. 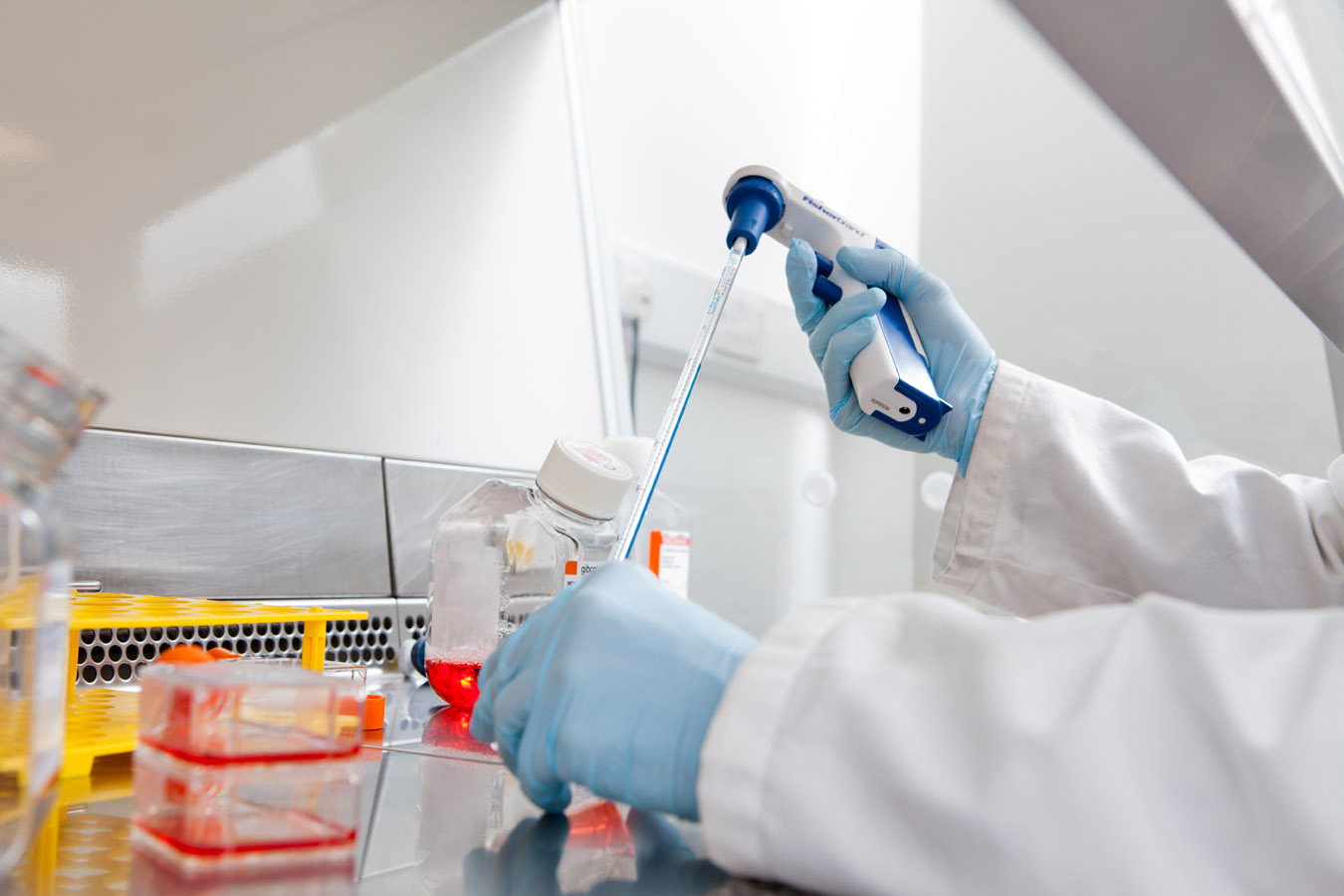 The affairs of the BSCR are directed by an elected committee of clinical and non-clinical cardiovascular scientists.

The BSCR seeks to provide a forum for cardiovascular scientists at all career stages. As such, our membership represents a diverse community providing a platform for the exchange of knowledge, collaboration and provision of mentorship. To facilitate this, our new website includes a members area. Here, members can access travel awards, funding opportunities and recordings of past webinars and symposia.
Coming soon is aBSCR mentorship programme, a techniques hub and journal club. The members area also provides convenient management of membership and subscription. To provide a physical presence, the BSCR organises two main meetings each year. These meetings adopt a symposium format over two days with state-of-the-art contributions by prominent researchers from the UK and abroad. Free poster or oral communications broadly relevant to the theme of the meeting are invited from members of the Society and provide a friendly forum for discussion of current work. Contributions are especially encouraged  from early career members and student members of the Society are eligible to receive travel bursaries to assist attendance. Abstracts from the spring meeting are published in Heart and the abstracts from the autumn meeting are published in Cardiovascular Drugs and Therapy.
The annual Bernard and Joan Marshall Research Prizes are also presented at our Autumn meeting. In addition to our main meeting, the BSCR organises workshops and on-line symposia that take place throughout the year. Themes are varied and highly focussed towards particular areas of research or specific techniques.  Wider networking is encouraged by a BSCR symposium at the annual meeting of the BritishCardiovascular Society.
Members of the BSCR also benefit from reduced-rate membership of theInternational Society for Heart Research.

Our members also receive exclusive discounts from our platinum sponsor 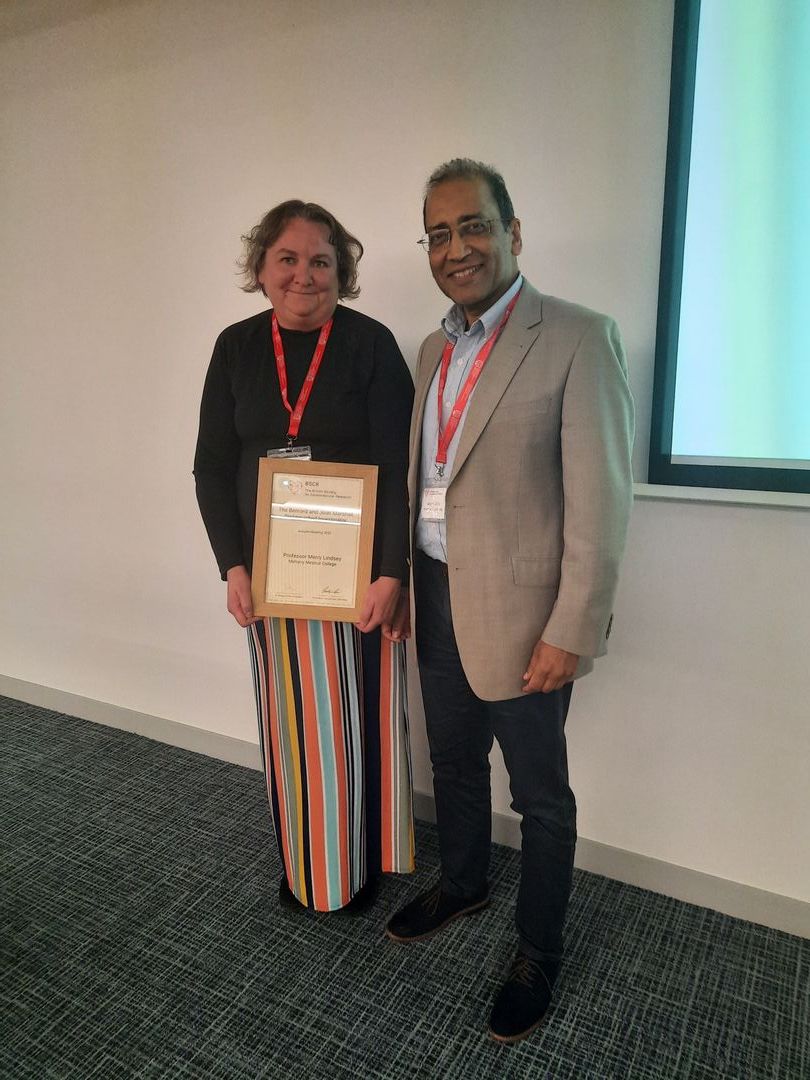 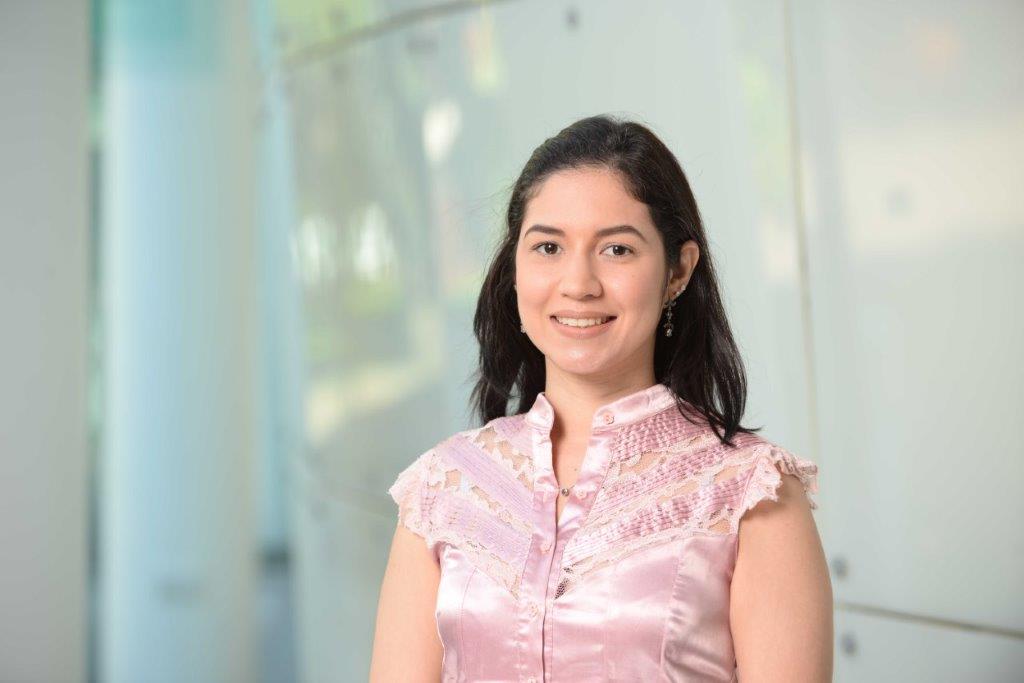 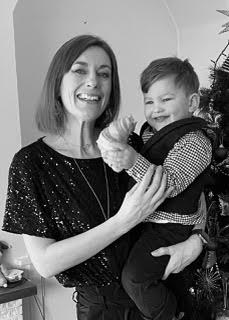 BSCR travel grants are back! 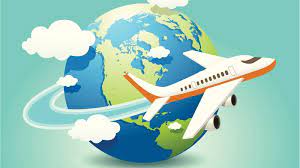 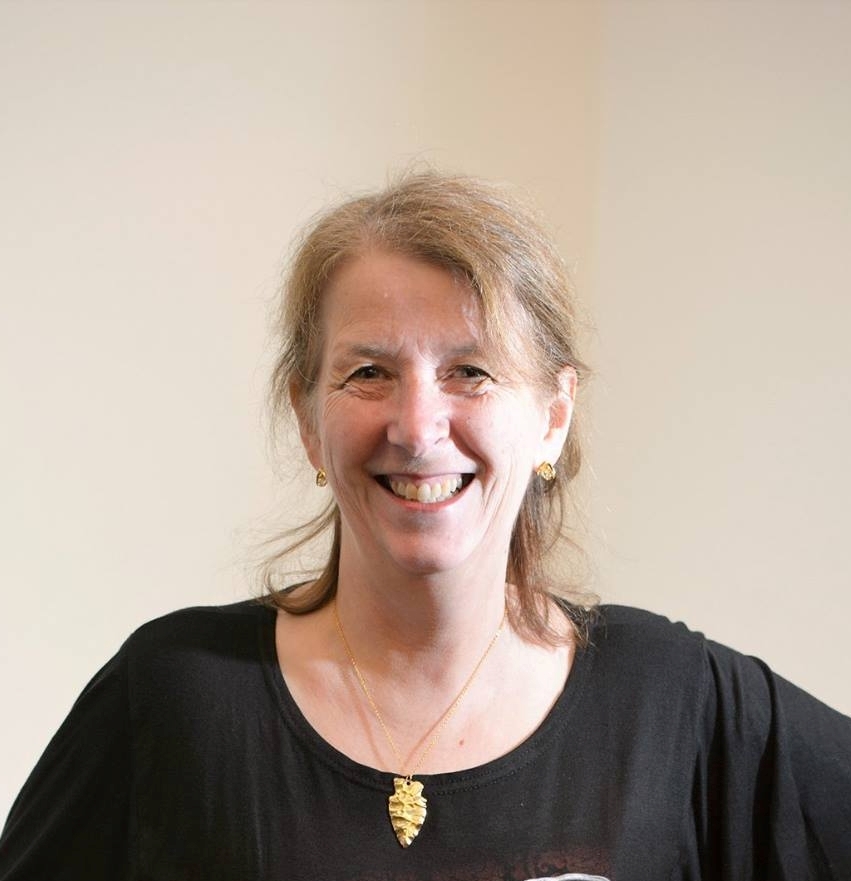 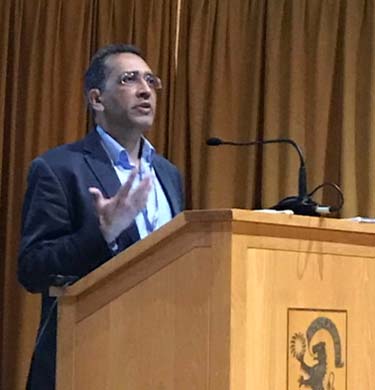 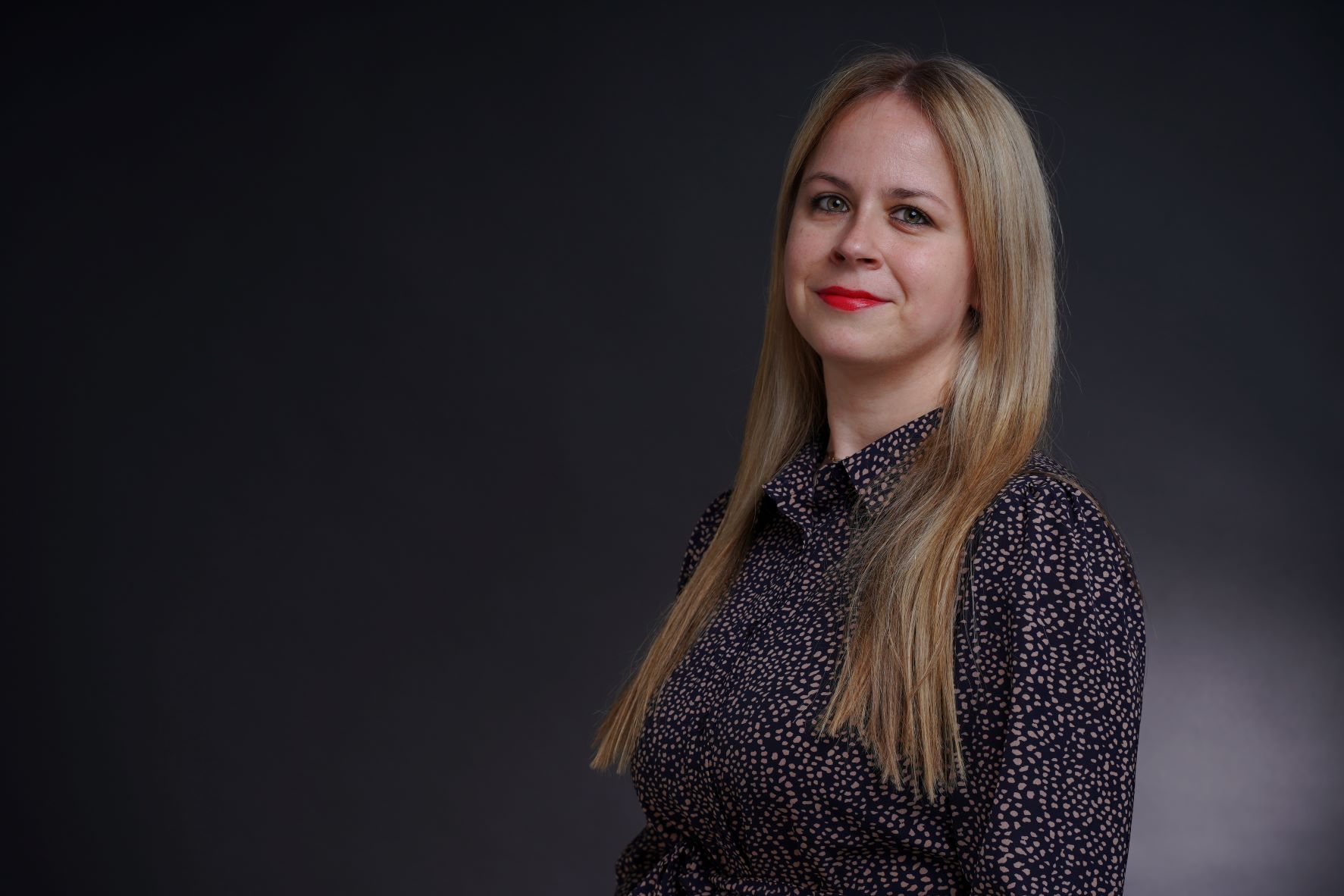 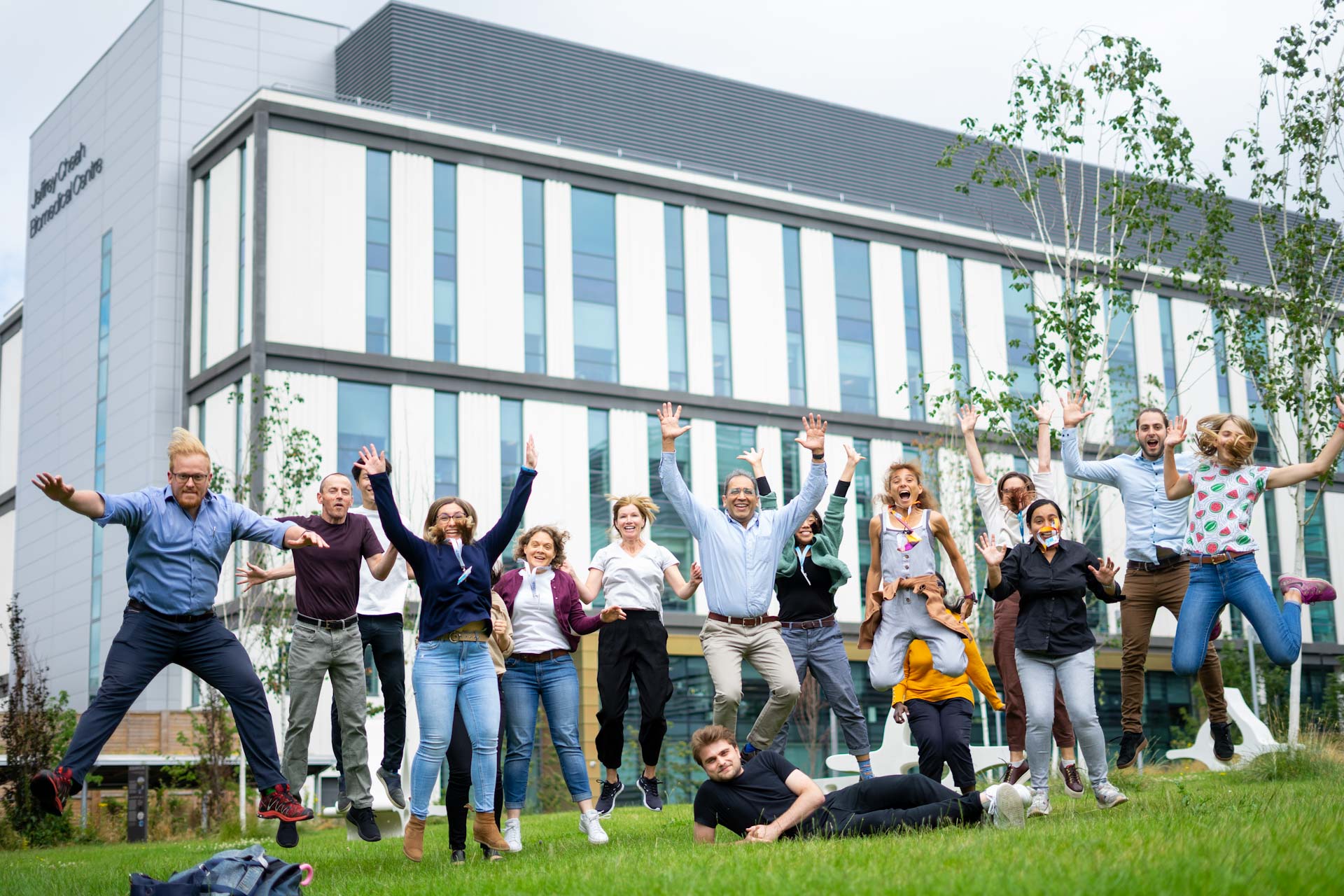 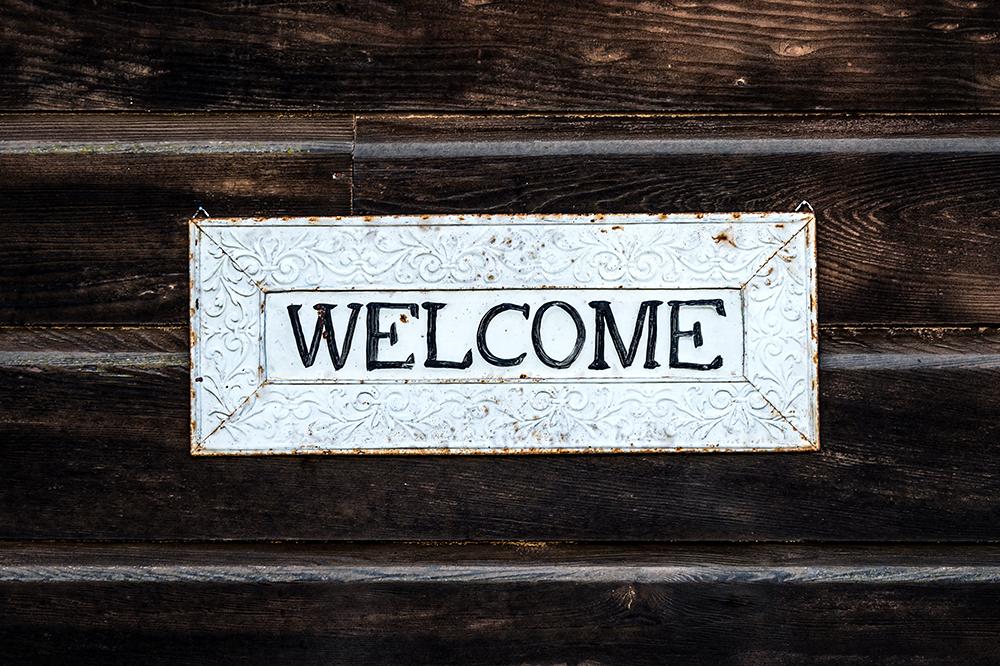 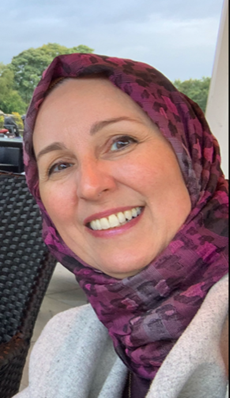 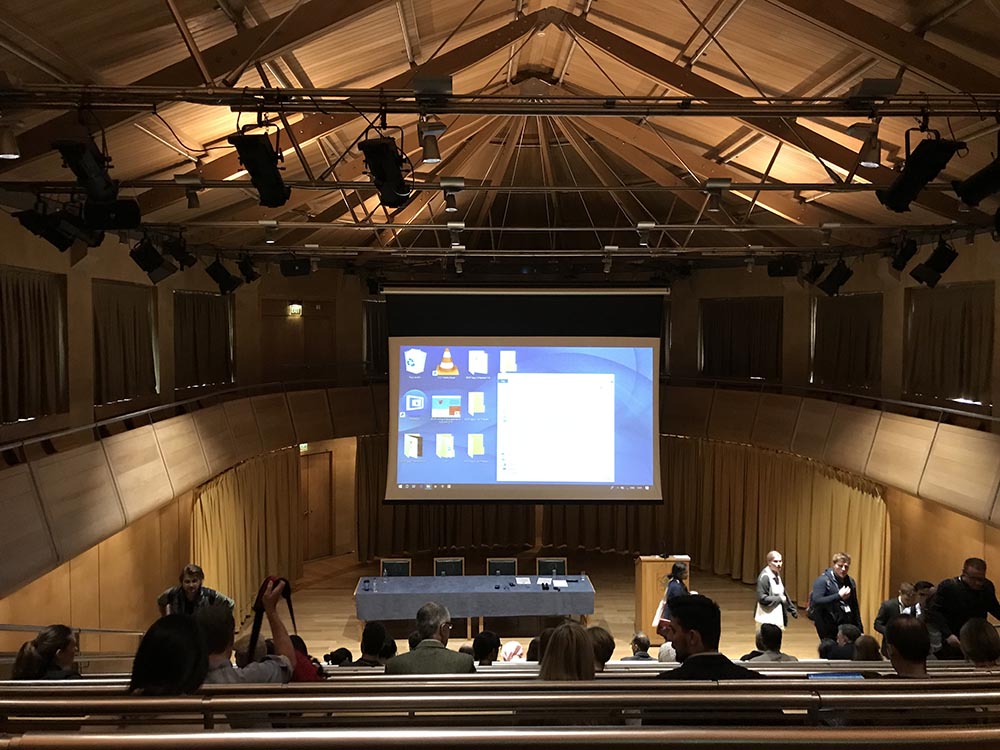 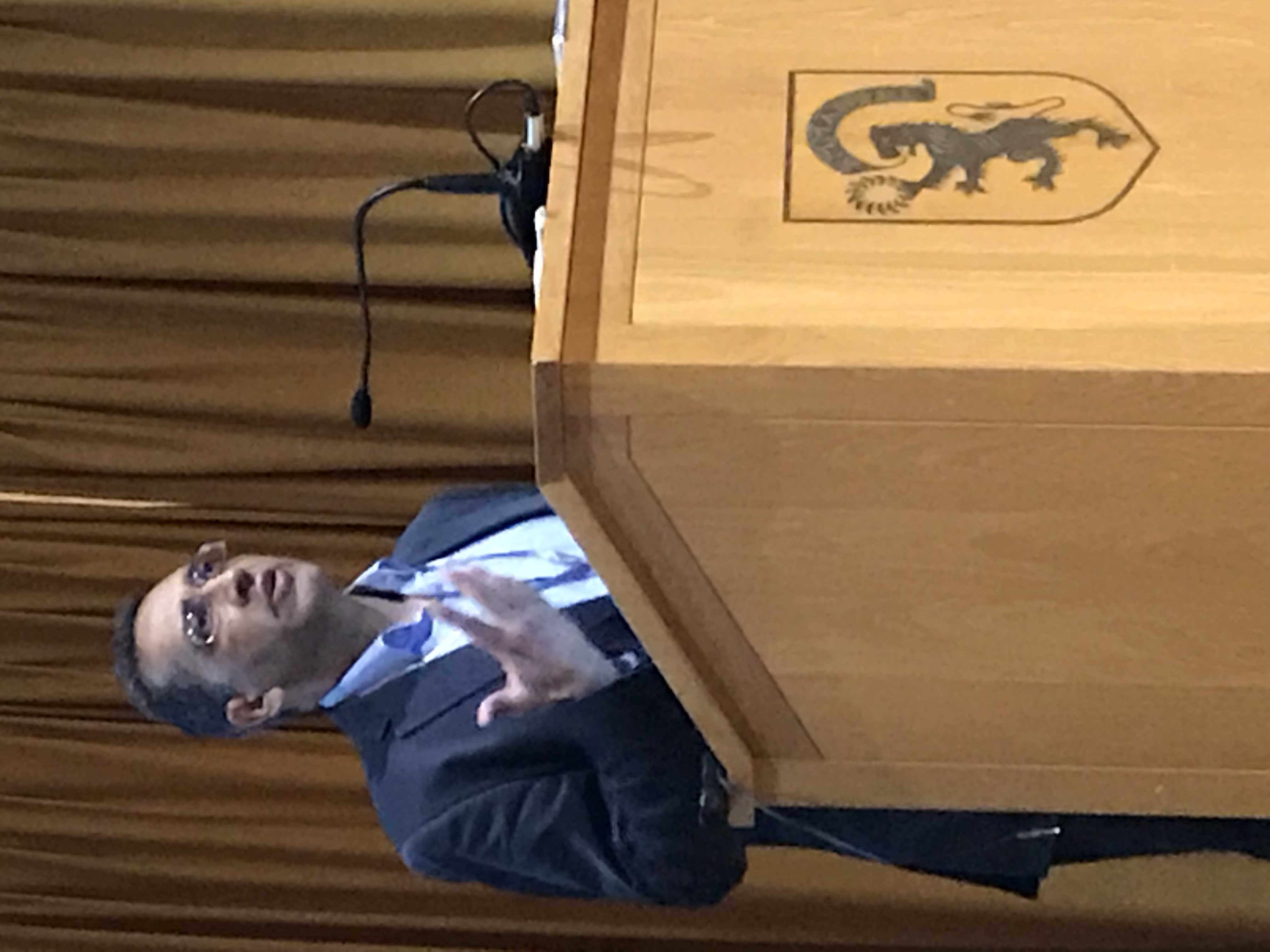 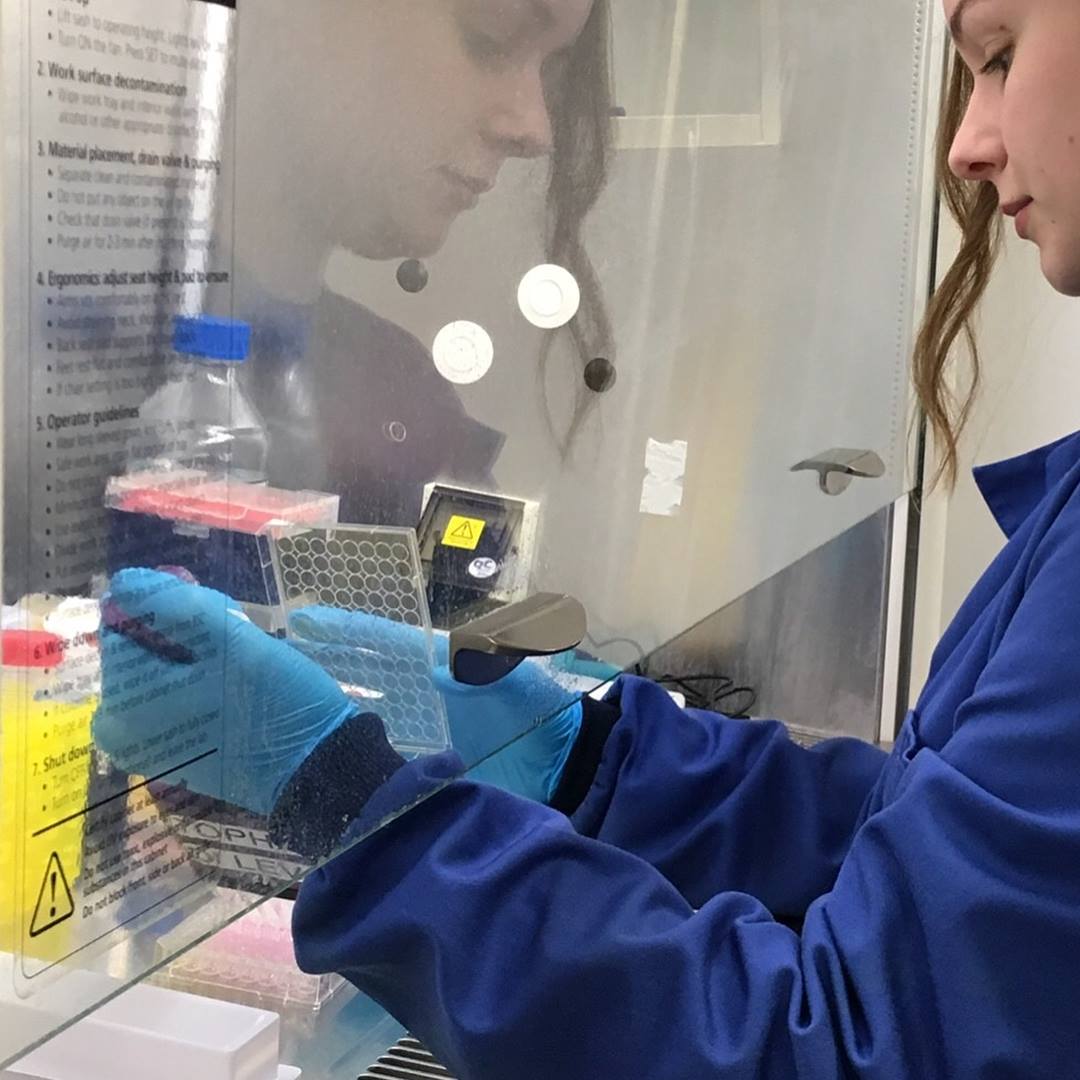 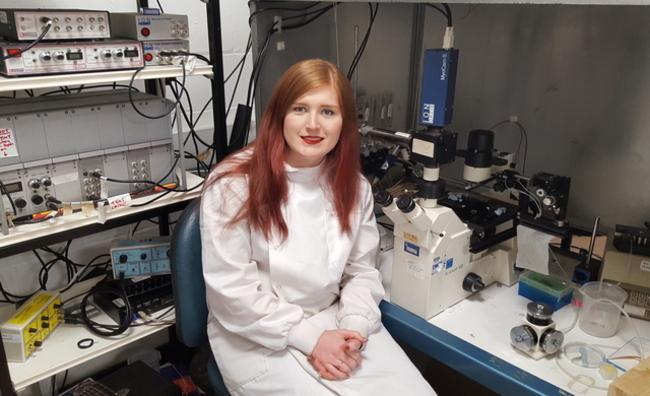 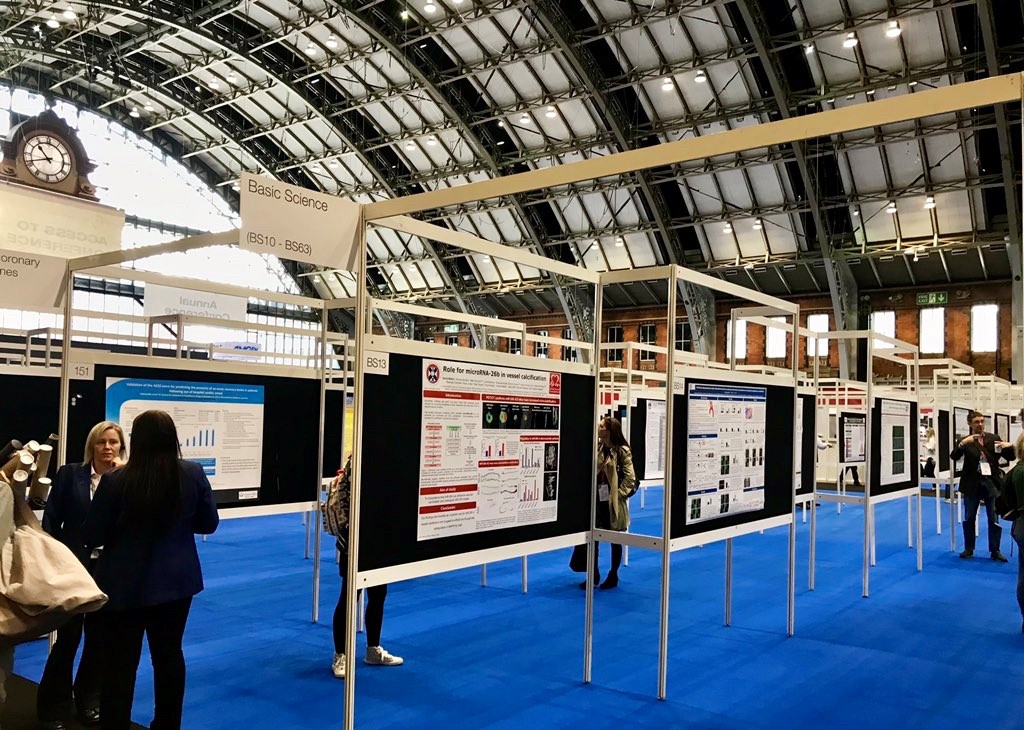 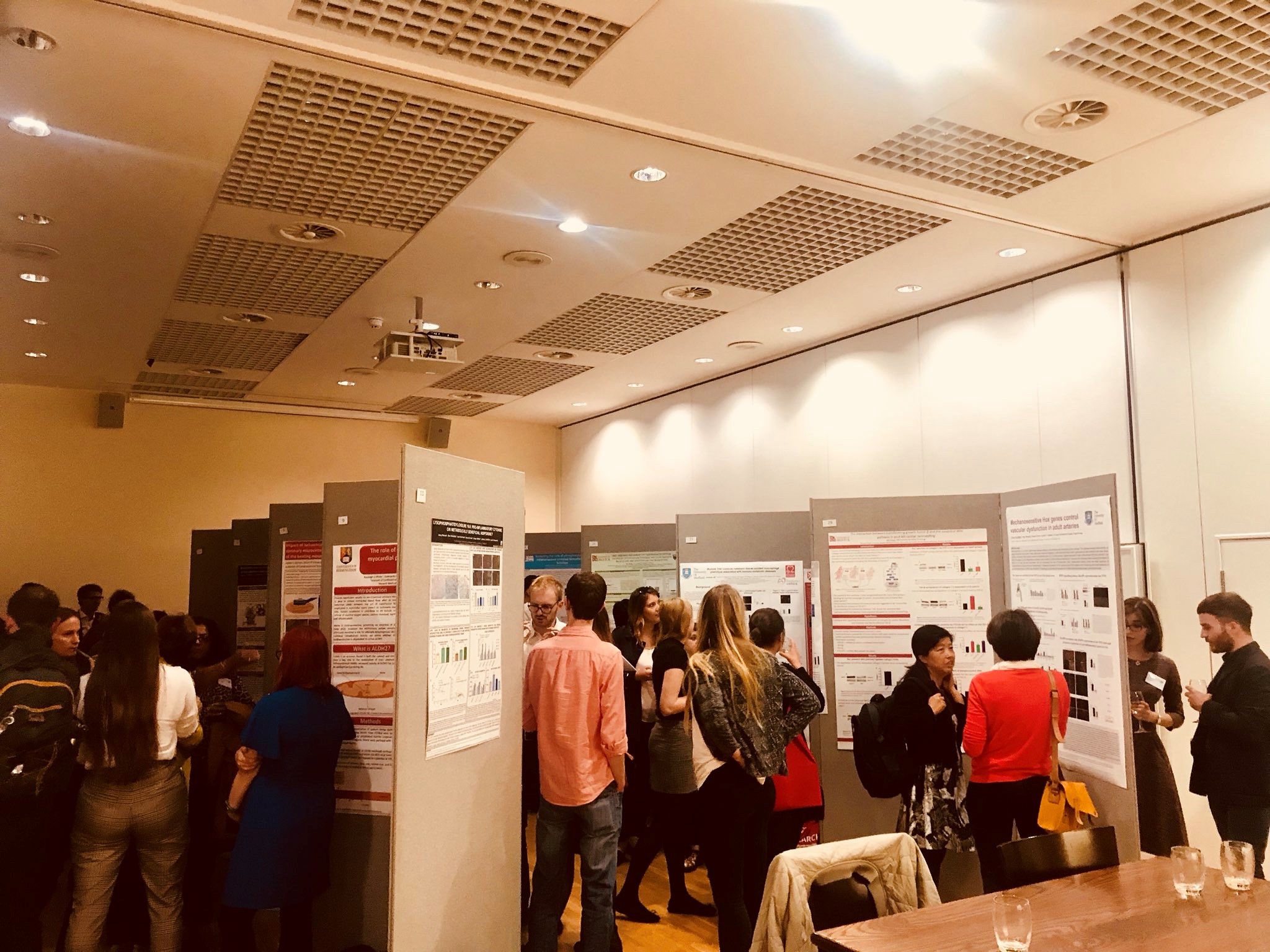 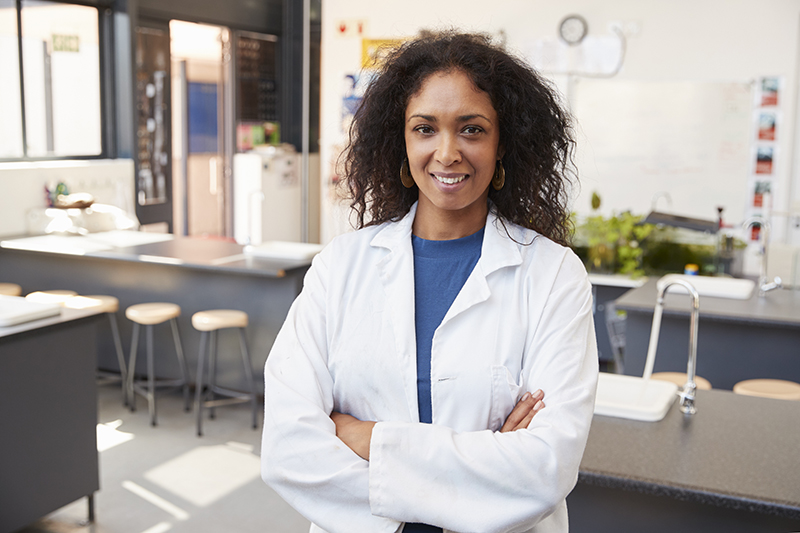 You will join an interdisciplinary society and get free or reduced-price access to BSCR meetings, workshops, and symposiums, as well as eligibility to apply for our range of awards and travel bursaries.

I believe that the BSCR is the key UK society for cardiovascular researchers focussed on discovery science. It’s a fantastic forum for established scientists to share findings as well as having a strong focus on early career researchers. The community shapes the meetings, so that they represent the best and most interesting work that is going on
-
Professor Sian Harding
,
Imperial College London
London
I’ve found BSCR meetings invaluable in providing a way to meet like-minded researchers in the UK, develop my career, and make new friends along the way.
-
Prof. Sean Davidson
,
Hatter Cardiovascular Institute
University College London

Please contact Carolyn Carr if the following FAQs do not answer your question.

We are a collective of basic science and clinical researchers with a broad range of interests in the heart and vasculature. Our members are at all stages of their careers in academic, industrial, or clinical settings.

What does the BSCR do?

We provide a forum for scientists and clinicians from a range of backgrounds to meet and present their research. We organise two meetings a year: the Spring meeting and the Autumn/Winter meeting. These meetings adopt a symposium format over two days on specific themes suggested byour membership and comprise both oral and poster presentations selected from abstracts. We especially encourage submissions from our early career members and provide a friendly environment to discuss research and network. We also organise workshops at the annual British Cardiovascular Society meeting with new themes each year.

The Committee consists of nineelected members, three of whom are clinically qualified. Up to three additionalmembers, may be co-opted onto the Committee. Meet the Committee here

What are the benefits of joining?

Benefits include free or reduced-price access to BSCR meetings, workshop or symposia, reduced rate of membership of the InternationalSociety for Heart Research, eligibility for awards, and travel bursaries for our early career members.

How much is membership?

Membership is £10 for students, and £30 for recurring ordinary members (or £40 for a single year/non-recurrent). Retired members with at least 5 years paid membership are eligible to apply for honorary free membership.

How do I apply to become a member?

Apply here. Students will need to provide evidence they are registered as a student.

Can I get a refund for my membership?

I’m still a student, is it too early in my career to apply for membership?

It’s never too early! At the BSCR we provide a friendly environment for you to present your work and gain constructive feedback. In addition, our meetings are an excellent opportunity to start networking and form new collaborations. Early career investigators are eligible to apply for travel bursaries and the annual Bernard and Joan Marshall Early Career Investigator Prize

How will joining BSCR help my career?

Attendance and presentation at meetings like ours are essential to make your CV stand out.In addition, our meetings are an excellent opportunity to gain feedback on on-going work to help drive projects forwards, and we provide a friendly environment for networking to form new collaborations and meet potential future colleagues.

Do you provide travel grants to attend your meetings?

Travel bursaries up to a maximum of £200 are available to eligible students wishing to attend our meetings, depending on availability of fund. Eligibility criteria include being a BSCR member, and the applicant must be presenting at the meeting. See our travel grants page for more details on eligibility and how to apply.

Do you offer travel grants to other cardiovascular meetings?

Wehave a small budget each financial year to support our members who wish toattend cardiovascular-themed meetings around the world (£100 for UK meetings,£200 for European meetings, £300 for international meetings). In exchange, weask applicants to write-up a report of the meeting. See our travel grants page for more details on eligibility and how toapply.

Do you offer fundings towards research consumables?

No, butlook out for grant and funding opportunities on the members area of our website.

Anything else? Ask away:

Your application will be reviewed by our team.
‍
Student membership: you must be a student and have an active member who can confirm your student status. Please provide details in your email.
‍
Retired: You must have been an active member of the organisation for 5 years. Please provide details in your email.
‍
If successful, we'll send you the link to join up for the relevant membership level